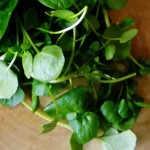 Renowned since ancient times, Watercress has it all.  The Ancient Greeks believed it could improve their intelligence, the Romans ate it to prevent baldness, Hippocrates is believed to have chosen the site of his first hospital as it was close to a Watercress stream and the Egyptians gave Watercress juice to their slaves to improve productivity.

So what is about Watercress that’s so amazing.  Often thought of as a member of the cress family Watercress is actually a separate plant, part of the Cruciferae family and is related to broccoli, Brussels sprouts, cauliflower etc (already acknowledged to have amazing health benefits).

What makes it so super?

Watercress contains more Vitamin C, B1, K and E, Iron, Calcium, Magnesium, Manganese and Zinc than apples, broccoli or tomatoes.  Watercress is high in beta-carotene, essential for healthy skin and eyes.  Watercress also provides iodine (needed for thyroid health) and folic acid – important for pregnant women and the health of their baby.  It is also a rich source of carotenoids that act as antioxidants helping the body to deal with free radicals, which can cause damage to the body, and many phytochemicals.  Health benefits include improved bone strength, immune system function and prevents iron deficiency.

It’s so easy to add Watercress to your daily routine:- include it in your sandwiches, pimp up your salads, make soup, add it to your smoothies or use it to add a zing to your meals.

Cook the potatoes in boiling water until tender.  Drain and mash the potatoes with the olive oil or butter, salt and pepper.  Add the chopped the Watercress and spring onions, mix well.

Place the a potato cake onto your plate, top with the Salmon and some more Watercress (adapted from the Watercress cook book)

Looking for a different Smoothie – Blend half Spinach/half Watercress, a chunk of pineapple, coconut chunks and a dessert spoonful of Chia seeds with water for a beautiful green super-smoothie. 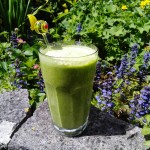 For an extra protein boost add a spoonful of your favourite protein powder.

This website uses cookies to improve your experience while you navigate through the website. Out of these, the cookies that are categorized as necessary are stored on your browser as they are essential for the working of basic functionalities of the website. We also use third-party cookies that help us analyze and understand how you use this website. These cookies will be stored in your browser only with your consent. You also have the option to opt-out of these cookies. But opting out of some of these cookies may affect your browsing experience.
Necessary Always Enabled
Necessary cookies are absolutely essential for the website to function properly. This category only includes cookies that ensures basic functionalities and security features of the website. These cookies do not store any personal information.
Non-necessary
Any cookies that may not be particularly necessary for the website to function and is used specifically to collect user personal data via analytics, ads, other embedded contents are termed as non-necessary cookies. It is mandatory to procure user consent prior to running these cookies on your website.
SAVE & ACCEPT